Assassins are stealthy killers both feared and revered for their mastery in the art of delivering a quick death. These people are a force to be reckoned with, using the shadows and large crowds to their advantage, emerging from out of nowhere to strike at their foe before disappearing completely.

Assassins have been trained by their shadowy guilds in the art of spying, disguise, poison and killing, using a variety of exotic and quick weapons in their arsenal. Unlike the Thief, Assassins excel more in the art of killing than pocket picking, lock picking or trap disarming, though they are not completely inexperienced in those fields of expertise.

For an individual to become an Assassin (or be an already somewhat experienced Assassin and is leveling up) the individual can only be directly contacted and every Assassin guild both good and evil are very selective in their recruitment to avoid treachery and exposure to the other Assassin guilds as well as the common populace.

Stealth and deception are the sole and most powerful weapons of an assassin, using them to his/her advantage before the right moment to make their move.

The veneer of most assassins is usually that of nobility, though others may choose to elect others to their liking. This veneer, like many things pertaining to Assassins, is deceptive; survival in the higher echelons of an Assassin's guild requires animal cunning and a complete absence of mercy towards their chosen target.

Bonuses: Gains a +2 to Sneak, Search and Hide and +1 to Pick pocket, Pick lock and Disarm device.

Backstab (Passive ability) - If the Assassin successfully approaches his/her target without being spotted and strike with his/her melee weapon, the Assassin gains a +4 attack modifier and the damage is tripled (or Quadrupled if the Assassin is at 5th level). Assassins of 9th level or higher do quintuple damage and will continue to increase after every 4 levels. (Damage modifiers do not apply to this ability)

Poison Lore (Passive ability) - Assassins can use poisons as well as any other class thats capable, but have more knowledge when using poisons and thus are able to brew their own poisonous concoctions. (Gain +2xLVL points in "Poisonology" each level)

Disguise (Passive ability) - The Assassin may choose to disguise him/herself as any race, class, height, weight or gender. Others looking at the PC have a 2% chance to see through it once per day. The % chance is increased by 2 each day if the PC is disguised as another gender, race or class up to a maximum of 8%. If the individual is well experienced in disguise (such as a master Thief or another Assassin) or if the individual is unusually wise or intelligent, the individual's % is instead multiplied by 10. 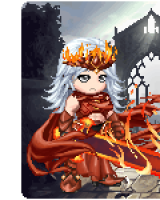